WE NEED TO TALK ABOUT SEX: HOW EASY - OR NOT - DO YOU FIND IT TO WRITE SEX SCENES?

Sex - a topic that's not been covered on this blog before. So here goes ..... first up is Victoria Cornwall. 'I don't have a problem writing sex scenes, partly because I find describing the easiest part of the writing process. I am also a former nurse who taught sex health promotion to teenagers for several years so if I can cope with that, I can cope with most things. However, I don't use graphic names to describe a mechanical process with what might be considered modern language. There are some very successful authors who write historical romance, use this approach and have legions of very loyal fans. However, every reader is different and books like those are not the sort of historical romances that I enjoy. I write lovemaking scenes which concentrate on how the character feels - their nerves, confidence, anticipation, desire and the consequences they may face afterwards (whether it's good or bad). Some of my novels stop at kissing or the foreplay stage, whilst others go all the way. With the latter scenes it might stop at the bedroom door or go on to describe a very passionate session. I want the reader to wonder 'will they or won't they', but be equally satisfied whichever way it turns out. Writing a sex scene is not about the act, it's about the "almost" moments too, as the build-up is as important, if not more so. I could never write erotica however I try to make my novels realistic to the period they are set in and, as we all know, women have had to fight (and are still fighting) for respect in this department. At the end of the day, my greatest fans are my close and extended family and friends and at the back of my mind I know that one day they will be reading it. Maybe this is why I write like I do and erotica, graphic and mechanical description is most definitely off the table.' 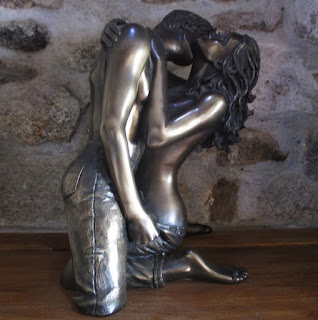 Kath McGurl has this to say. 'When I got my first book deal, my younger son - then 16 - was horrified. He sat me down one day, for a serious talk. 'Mum, if you ever decide to write, you know, erotica and all that smutty stuff, promise me, promise me, you'll use a pseudonym, and you will never, never, tell me what that pseudonym is. I just don't want to ever know your sordid little sexual fantasies, all right?' I promised him. Of course I did - what else could I do? And actually, I don't write erotica, under any name (well, if I did I could hardly admit it here, somewhere he could trace back to me, could I? But I do put a little bit of sex into my novels, when it's needed to advance the story. Just a bit. No squelchy details, nothing my son could call 'smutty stuff'. Nothing that would cause him to squire with embarrassment.. He doesn't read my books anyway!'

Terry Lynn Thomas is in the US - perhaps they do things differently over there? 'I haven't tackled a sex scene in my books yet. If I did, it would be used as a tool to perpetuate plot and would probably go something like this: A man and a woman, entangled in the sheets, their bodies glistening with sweat. There's a knock on the door. The man rolls onto his side. He runs his fingers down the woman's body. 'Expecting someone?' The woman meets his gaze. 'My husband.' The man gets out of the bed and peeks out the window. He sees a hulk of a man, the sort that looks like he could carry a piano on his back. 'You didn't tell me you were married!' The woman smiles at him, cat like. She licks her lips, as though anxious for the ensuing conflict.'You'd best run, love.' She gets out of bed and tosses him the trousers which he took off in such a frenzy. 'Don't forget these.' Hmmm, I feel a story coming on!' 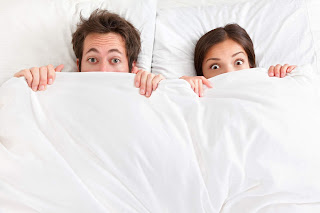 Jennifer Young was the first to respond to my request for pieces for this joint blog. 'So now I have to write about sex. This joint blog just gets worse! Generally speaking, this is not what I do. In fact, the most recent review I've had went so far as to say that my writing would suit people who preferred 'edgy romance rather than sex scenes.' I read this review several times and with a degree of before I decided to take it as a compliment. As a romance writer, I know that most of my readers expect sex. Not always, of course, but in this modern world readers accept that it goes on and that if it doesn't there has to be a very good reason for it. So my characters do have sex. In fact they have quite a lot, but except on the odd occasion, they do it in private. Because while the actual fact of the couple having sex might be necessary to progress the plot, the detail of who put what where often isn't. Ironically, the most graphic sex scene I've written to date isn't in a romance but in an (as yet unpublished) crime novel. It certainly isn't romantic; it's purely animalistic, satisfying mutual lust. Originally, this scene was firmly veiled from public view too, but as it involves a key part of the plot, and as the act triggers a terrible memory, I realised that for the first time in my life I had a sex scene which couldn't be veiled. So I wrote it and - rather to my surprise - I was quite pleased with it. For the most part, however, I prefer to keep the bedroom door firmly shut.' 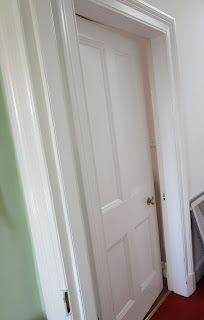 Rae Cowie decided to be brave. 'I've decided not to be coy! I find sex scenes tricky. A couple of years ago I submitted an early draft of a novel to a professional editor and the advice she gave on the section where my heroine and hero finally get it together was that it wasn't satisfying for the re4ader. All those hours she'd spent rooting for my characters, only to find the bedroom door firmly shut was not to her taste. How rude! Fast forward a couple of years and I recently wrote a short story that required a vigorous sex scene. I shared the story with a writing friend and this time the feedback I received was that the sex scene was a bit Jilly Cooper. Normally, I would be beyond thrilled by such a comment, for who pens better sex scenes than Jilly Cooper? The problem was that the rest of the piece aimed for a darkly Gothic style. The sex scene stuck out like, well let's just say it stuck out! So for me, sex scenes are still a work in progress. All hints and tips extremely welcome.' 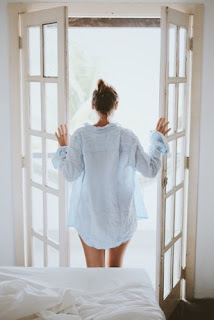 Jennie Bohnet lives in France where sex is practically a national past-time ....maybe she's not found that bit in the dictionary yet? 'Okay, I admit it - I find it impossible to write sex scenes so I've given up even trying. None of my books have sexy scenes. My storylines do contain a certain amount of romance and love but I never go beyond the bedroom door. So my contribution to this join blog is this Adam and Eve photograph - and a couple of quotes that tickled my fancy.' 'Sex is a part of nature. I ago along with nature' - Marilyn Monroe. 'Love is an ice cream sundae, with all the marvelous coverings. Sex is the cherry on top' - Jimmy Dean. 'There is more to sex appeal than just measurements. I don't need a bedroom to prove my womanliness. I can convey just as much sex appeal picking apples off a tree or standing in the rain' - Audrey Hepburn. 'Remember, sex is like a Chinese dinner. It ain't over 'til you you both get your cookie' - Alec Baldwin

When I first suggested this topic for a joint blog I naively thought someone else would tackle the technical issues, but no one has. So it's down to me. The thing is, at the back of my mind, is my dear old dad saying, 'A lady never talks about religion, politics, money, or sex'. Well, it seems all the ladies here have problems with the last one, doesn't it? And I'm no different. Like the others I'm fine with the love and the romance and the feelings but when it comes down to the nitty gritty what do we call the bits that go where? Do we say penis/member/manhood/John Thomas/dick/willy/whatever? And do we say vagina/lady cave/that dreadful word beginning with c (well, I think it's dreadful and have standards so never use it)? And then there are breasts/boobs/mammaries/Dolly Partons/jugs - which do you use?Whenever I read something along the lines of ...'And then he entered her', all I can see in my mind is the local branch line train eventually chugging off into the tunnel after some delay or other.So, there we have it .... and it must be noted here that none of us writes erotica where it's fine to, ahem, titillate our use of words. And it seems we are not alone. The poster for the stage play below sums it all up nicely, I think. 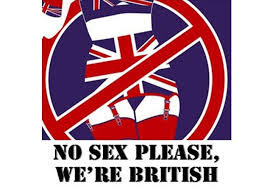 But I'm going to give the last word (via Marilyn Chapman)to Shakespeare - or should that be words? 'Sex does not thrive on monotony. Without feelings, inventions, moods (there are) no surprises in bed. Sex must be mixed with tears, laughter, words, promises, scenes, jealousy, envy, all the spices of fear, foreign travel, new faces, novels, stories, dreams, fantasies, music, dancing, opium, wine'
Posted by Linda Mitchelmore at 10/27/2018 09:48:00 pm