THE REWARD'S IN THE AWARD

How do we all feel about awards? Is the reward in the award merely monetary? Or could there be something else of more worth? I firmly believe that money isn't everything in this case. But then - to quote the late Mandy Rice-Davies - I would say that because I've won a few. My first award was a shortlisting, £50 and publication, in a Woman's Own Competition. I've won a few other awards with similar purses. All small fry in the scheme of things when you think of the 'biggies' with very big purses indeed. The Baileys Women's Prize for Fiction (formerly Woman's Prize for Fiction, Orange Prize for Fiction, and Orange Broadband Prize for Fiction) has a purse of £30,000. Not to be sniffed at! The 2014 prizewinner was Eimear McBride for A Girl is a Half-Formed Thing. The Man Booker has an even bigger purse - £50,000, with £2500 going to each author shortlisted. These two competitions are for novels. But there are some very nice purses in short story competitions. The Bridport Prize offers a first prize of £5000 for a short story, and £1000 for the flash fiction winner. The Bristol Prize offers a £1000 first prize for a short story. Entry is now open for 2015. 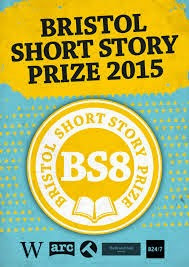 But I'm left wondering how easy (or difficult!) it is to be objective when choosing a prize-winning novel or short story. We all have our likes and dislikes, our preferences, and surely a little bit of the subjective must creep in there. I wouldn't want to be a judge for a competition that has such a big purse. To be so close and then not take home the award must be hugely disappointing at this level.

I'm a member of the Romantic Novelists' Association and when I was on the New Writers' Scheme I was lucky enough to be awarded the Katie Fforde Bursary. This 'win' if you like is the one that has been most beneficial to me in terms of spurring me on to hone my craft and to become a novelist. It took me a while but I got there in the end. It also gave me the confidence to submit a short story for the RNA's first anthology, LOVES ME, LOVES ME NOT. There was no monetary prize for this (although I have received royalties) but my reward was to be between hard covers with novelists I'd long read and admired - Katie Fforde, Joanna Trollope, Elizabeth Chadwick, Carole Matthews and Eileen Ramsay, amongst almost forty others. 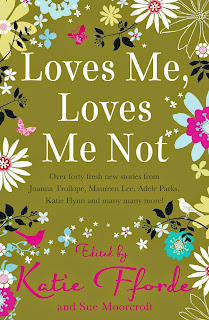 Ideas? I Have A Few by Gill Stewart


Following on from recent posts concerning spring cleaning, notebooks and keeping hold of all those good ideas, I began musing on my own sources of inspiration for my writing.

First I must make clear that I never use anyone I know as the basis for a character in my stories. Never.

But I do find the lives of other people fascinating, and as often as not a source of inspiration. One of the advantages of being a writer is it allows you to be inquisitive! So it might not be the people I actually know who appear in my novels, but there is a bit of that man I read about in the paper, or the one I saw on the local tv news. Or, best of all, the stories I’ve been told by friends.

I just love hearing about other people’s lives. It’s practically required as a novelist to be interested (and, okay, I was incurably curious long before I was a novelist). Why is the prettiest girl in the year going out with that scruffy boy? When that family claim to be Christians, why do their children look scared rather than loved? Why did X wait until her forties to start a family and then have four children?

There are always the real reasons for these things (which I may or may not know) but far better are the made up ones, the ones that come to me at the most annoying moment when I don’t have pen and paper to hand. Quite often whilst I’m driving: I really should remember to keep a note pad in the car! In fact listening to the radio whilst alone in the car is another useful source of ideas. I once wrote a whole pocket novel inspired by the name Jamie Angus who was a producer (I think) of some radio programme. I could see him immediately, knew his strengths and his foibles, and loved him. Yup, he was definite hero material, and that just from a name.

One of the problems with the way ideas come to me is they are so eclectic. It then takes work to fit that character into an interesting plot, and finding other characters who could feasibly appear alongside him or her. It can be extremely difficult – but it can also be fun! Maybe that uptight couple I saw in the park yesterday could be my heroine’s parents? Or lovely chubby Callum who’s been in my head for years but never quite found his role, could he be the hero’s best friend? It’s an endless puzzle.

Plots in the Attic

It must be the time of year. A couple of weeks ago Mary was spring-cleaning her computer and this week I’ve been spring-cleaning my wardrobe. The clothing rails were bad enough (everyone has clothes that don’t fit, but by THREE SIZES?) but the shelves above them were enough to give even the most ardent bargain hunter a nervous breakdown.

• several scarves, some more useful than others, all of them in vivid colours and all of which which seemed like a good idea at the time
• a pair of genuine Turkish trousers, blue, baggy (think Disney’s Aladdin), elastic gone, bought at a market stall in Dogubeyzit/Kars/Antakya in 1988
• three biodegradable plastic bags, partly biodegraded
• numerous winter hats (all very welcome at the moment)
• numerous sun hats, two with midge nets attached (which would have been very welcome if I could have found them in time for our summer holiday in 2012)
• Two full-length Victorian-style white cotton nightdresses (from my New Romantic era) now yellowed with age, one of them torn
• Four pairs of walking trousers, one still fitting and two with buttons still attached
• A plastic tiara, with attached note, in an unknown adult’s handwriting, saying: Thank you so much, you saved my life (?)
• My knitting (no, I didn’t know I knitted either)
• Something at the back which I daren’t investigate further in case it bites.

You know where this is going, don’t you? Just as in life I don’t shovel things into the recycling until it’s absolutely certain that I’ve no possible use for them, so it is with plots. It’s why I never throw away my old notebooks or drafts (and they’re in another cupboard that I haven’t fought way way through to just yet) in case there’s  germ of an idea in there.

I never throw away my characters either. My hero and heroine in No Time Like Now first came to me way back in the early 1990s and wandered around in limbo for years, never meeting until the autumn of 2013. So why would I waste some other partly-planned character who was just unlucky enough to surface in the wrong plot, only to be written out at second draft stage?

And the ideas. And the titles. And the rest… periodically I gather them up and look at them with a critics eye, but I always keep them.

In real life those white nighties might come in useful, too. (I mean, you never know when you’ll need something to tear up for bandages — just think of The Railway Children.) The sun hats and midge hats are obviously going to be indispensable in the very near future. And even the knitting will come in handy of I’m ever the props manager for a stage version of A Tale Of Two Cities.

Being realistic, though, I’ll probably have to give in to common sense and get rid of at least one of those plastic bags…