WRITING AND PAINTING – MOVING ON TO THE STORY? by Gill Stewart 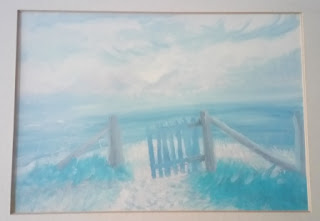 A few weeks ago the Argyll Art Map weekend took place in this area, with various local artists and photographers opening their workshops to the public. It was a great opportunity to peak into places you may not normally be allowed, and to examine works of creativity outside your comfort zone.

I expected to enjoy, and did enjoy, the amazing pictures of local towns and beauty spots, of wildlife and boats – lots of boats. I was less keen on the picture of Jesus being stabbed by pens (really!), or the urinal turned into … something arty? But it certainly meant there were things to appeal to a wide range of tastes.

What intrigued me, as a writer, was the ways in which this experience of visual art both is and is not the same as writing. I can look at a still life or a scene, and take an emotion from it, but after that I want to move on to the story – what happened here? Why is it significant? Does it mean different things to different people? Not being an artist, and not having thought to ask any of the ones I visited, I don’t know if they also form stories about their work (Neil may be able to answer!). But I do know that their inspiration helps to inspire me, either to write or just to dream.

This picture at the head of this post is Winifred Nicholson’s ‘Gate To The Isles’. It’s one of my favourites, which I’ve had on my bedroom wall for many years. I’ve wondered and wondered who went through that gate last, and why, and what that means to the painter. Below is a painting done by my great-grandfather, which has intrigued me since I was a child. I wanted to walk along that road and find out where it led. Sometimes I even dreamt I was in the picture, finding out what happened next. Perhaps one day I’ll write my way to an answer! 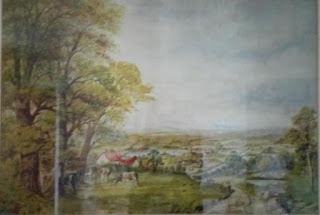 WHERE IN THE WORLD Linda Mitchelmore

Okay then, here we go .... a question for you. How many times have you been told on writing courses or by those who have gone before you in the world of writing to 'write what you know'? When my cousin Barbara suggested - many moons ago now - that I write a novel I told her I couldn't possibly do that because I'd never been anywhere - a world traveller I am not, nor ever likely to be, although I have been on a plane and a ship! Barbara's response was 'Rot! Where did Jane Austen ever go?' And, of course, she was right. So, I gave what she had said some thought. I came to the conclusion that emotions, feelings, life experiences of all sorts are - for the most part - the same all over the world. Why then, couldn't I transport those feelings to somewhere exotic, or adventurous, or plain scary even though I hadn't been there? What is the internet for if not to explore other worlds from the seat of our chair? Until that moment my stories were very firmly set in places I know well - the beach, the moors, the inside of a cafe where friends/siblings/lovers talk through a problem over cappuccino and a pain au raisin. So why not have the same emotional crises, the same characters in, say, Venice? And why not set it during the annual carnival they have there? It's very easy to find a map of Venice, and I got super-lucky and found a video someone had made as they walked around. Lots of ideas, lots of fabulous images to look at and a serial set in Venice was born. 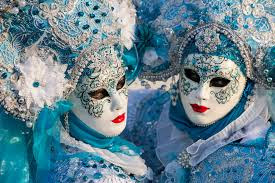 Where next? I love markets, especially French markets, but up until then my experiences of them had only ever been in Northern France. How different might the market in, say, Antibes be? What sort of fruits and vegetables might they have there in abundance? How could walking through a food market there help a couple save their marriage? Well, in my story it did as she held out a pear for him to take a bite from, then bit from it herself, and so it went on until only the core was left and they had pear juice dribbling down their chins, reaching out to touch and to wipe said juice from each other's chins. Say aaaah .... 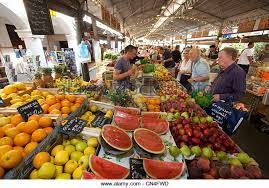 I began to get a feel for this sort of travel. It was cheap for a start - no flights to pay for, no special clothes to be bought, no expensive meals out. I have a cousin in Canada who has been to visit me but I haven't - yet - made the journey to visit him. But that didn't stop me using the Rockies for a serial. My heroine was in two minds about her adventurous boyfriend - could she live with the heart-in-the-mouth life he liked to lead, kayaking and climbing, and long-distance walking in remote places? She takes a huge leap of faith and follows him and it is she who ends up saving the day in a remote spot. 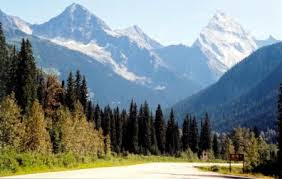 This blogpost is just about a sense of place in our stories, and places we don't have personal experience of. But it could be extended to include experiences we haven't had ourselves as writers - divorce, childlessness, serious illness, a tragic bereavement. So what I'm trying to say is don't keep your wings clipped in your writing .... get out there and fly!
Posted by Linda Mitchelmore at 11/18/2017 01:36:00 pm 12 comments:

IF ITS NOVEMBER IT MUST BE NaNoWriMo

A shorter than usual blog from me I’m afraid and a question for you all at the end.

For anyone who isn’t aware, November for several years now - since 1999 to be precise - has been National Novel Writing Month - NaNoWritMo for short. The aim during this month is to write fifty thousand words which works out at needing to write under seventeen hundred a day. Not too many then. Not necessarily publishable words either - the editing etc comes later.

Now, I don’t know about my fellow NPOV bloggers but personally I’ve never joined in with this event. It is incredibly popular and I’m sure people do find all the camaraderie that goes with signing up for it amazingly helpful but I’ve learnt over the years, that, for me, events like this don’t work. I was the same at a couple of writing workshops I attended back in the day, asked to write on spec for five minutes I just got brain freeze.

I can happily work to an editor’s deadline or even a self-imposed one. I can write two thousand words a day - more when I need to, but put me in with a group all trying to reach the same target and I just go off the whole idea and can’t do it! I’m still trying to work out why and I’m coming to the conclusion that it’s maybe linked to my aversion to team sports!

So, do you sign up for events like NaNoWriMo and find them inspirational and good fun? Or, are you like me and run a mile from any internet organised involvement for your writing? 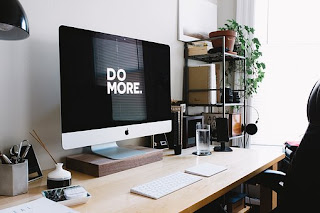